The Grenfell Tower Fire: The Importance of Flame Retardant Furniture 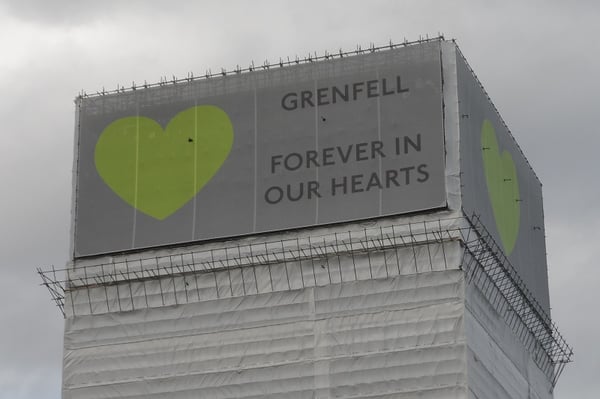 On Wednesday 14th June 2017, London's worst fire for at least a generation began. The Grenfell Tower fire disaster went on to be not just a tragedy for those residents of the block who lost loved ones but for the wider community. Indeed, the public inquiry that followed the events looked into many controversial matters that surrounded the blaze. Not least amongst its considerations was the external cladding that had been fitted to the tower, as well as the much-documented complaints that residents had made to their landlord about safety issues.

Tire first broke out on the fourth floor of the building. According to the enquiry, it was the inhabitant of flat 16 who discovered that his fridge-freezer was smoking. He alerted the authorities and his neighbours immediately. By 1 am, just six minutes after first being alerted, the fire service was on the scene. And yet, a relatively small and what should have been controllable blaze would go on to claim no fewer than 72 lives and continue to burn for the next 60 hours.

Why Was the Blaze So Strong?

As was widely reported at the time, there were a number of issues that led to such a high death toll. First, there was the cladding that had acted like a chimney on the outside of the building as well as the advice that residents had been given to stay in their homes whilst firefighters were supposed to have exclusive access to the stairwell in the block.

What has been less widely reported is the role of furniture as a source of fuel during the blaze. Even as the fire was still being dealt with by the fire service, press reports in the Guardian and the Independent newspapers were stating that the remains of furniture could clearly be seen smoking through the windows of the tower. It seems that as the fire spread from flat to flat, moving ever upwards throughout the tower, it was the foam in many items of furniture which provided the necessary fuel to keep the blaze going.

The Role of Foam

Of course, foam in furniture is well-known to be a flammable material. What makes matters worse is the dangerous toxins in older foams. One of the first medics on the scene reported that he thought a major problem for those residents who were emerging from the tower having run the gauntlet of the building's smoke-filled stairwell was cyanide poisoning.

He went on the record to say that foam in older furnishings would have caused widespread respiratory problems even if residents had managed to escape the flames. Some journalists who were on the scene reported that those who got out were coughing up and spitting out foul black tar, a phenomenon often associated with noxious fumes from burning furniture.

Furniture and the Grenfell Inquiry

Subsequently, the Grenfell Tower Inquiry took the matter of burning furniture seriously. It asked Professor Anna Stec, of the University of Central Lancashire, to produce an expert witness report which looked into the matter and make recommendations. Few doubt that the inclusion of flame retardant technologies in the textiles and foams used by furniture makers is necessary to help prevent the spread of fires and to restrict their strength when they do break out. It is thought by many in the industry that further recommendations on the use of fire retardants may be part of the inquiry's findings. The inquiry is ongoing.

At Formulated Polymers we manufacture a range of safe, non-toxic fire-retardant treatments and foams for the furniture and textiles sector. To request technical specifications please email enquiries@polymers.co.uk, or call 01706 828 208.