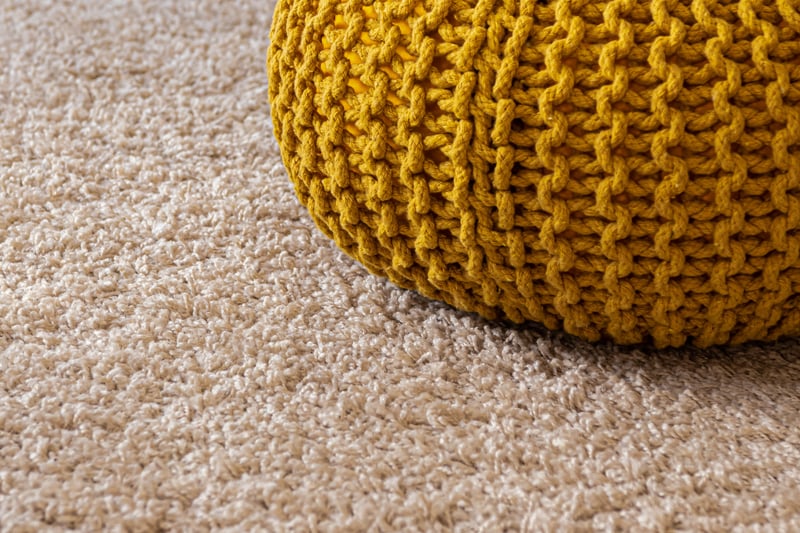 Compounds based on vinyl acetate/ethylene (VAE) copolymer dispersions offer significant performance and safety advantages compared to those based on styrene/butadiene (SBR). SBR based compounds have been used in the carpet industry for decades but it is clear that the superior performance of VAE based systems is forcing manufactures to consider switching to VAE based compounds.

The performance advantages offered by VAE copolymer based compounds are listed below.

We are all familiar with that unpleasant new carpet smell. Unfortunately, some people, particularly children, experience headaches, eye irritation and nausea when exposed to new carpet. That smell comes from several Volatile Organic Compounds (VOCs) including 4-PCH (4-phenylcyclohexene) or 4-VCH (4-vinylcyclohexene). These chemicals are by-products from SBR latex, which is commonly used in the manufacture of carpets. There is also evidence that 4-PCH can react with ozone to form formaldehyde which is toxic and suspected of causing cancer.

Compounds based on VAE are low odour and do not contain 4-PCH. Carpets made using VAE based compounds comply with ISO 16000 GUT (Gemeinschaft umweltfreundlicher Teppichboden e.V.) If you base them on SBR, they do not conform.

SBR polymers exhibit very poor aging resistance. Over time, they tend to harden, reducing their strength and binding power. Consequently, the carpet deteriorates leading to loss of tufts and/or delamination of the backings. In contrast, VAEs are thermally stable and exhibit excellent aging resistance. Unlike SBR, they do not harden or loose binding power when aged. VAEs are also highly UV stable.

Compounds based on VAE have lower flammability than those based on SBR. When tested according to DIN 4102-1, SBR based compounds burn emitting black smoke whilst VAE films only burn slightly producing white smoke or are self-extinguishing.

Furnace Chamber Test Images – in accordance with the DIN 4102-1 standard:

Compounds made with both VAE and SBR were tested according to DIN 4102-1. The pictures above show that VAE-based films are self-extinguishing (Fig.1, Fig.2), whilst films based on SBR burn readily, producing black smoke (Fig.3, Fig.4).